What can businesses learn from sporting success? 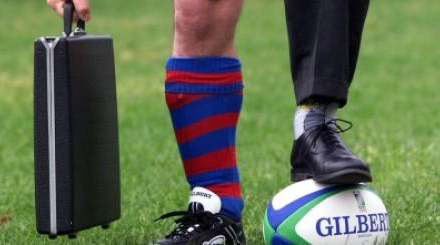 Sporting history is littered with underdogs triumphing over the favourites. Generally this is due to a greater desire to win, greater effort or applying a well-conceived, tactical approach that plays to the strengths of the team available. The same goes for businesses. We’ve all been on the receiving end of the dreaded client phone call saying, “thank you, it was a great pitch, but on this occasion we will not be proceeding with you as the other team demonstrated a better understanding and desire”.

Underestimating the opposition or resting on your laurels is a dangerous game and has been the undoing of some of the most esteemed leaders, global organisations and sporting giants. Enter stage left Messer’s May, Clinton and Cameron – stage right Nokia, Kodak and the England (men’s) football team. Murmuring’s will undoubtedly be echoing around the corridors and dark passages of Westminster for some time to come following the Conservative performance at the last general election.

In the cold light of day, it is often easy to say where it all went wrong, however one of the more fundamental failings that has been levelled at the aforementioned is that many vital decisions were taken in isolation, and advice was sort from a few, close advisors. History shows us that only a handful of people succeed when working in isolation – Einstein, Henry Cavendish, Sir Isaac Newton and JK Rowling are among the few exceptions. Even some of the world’s greatest introverts – Bill Gates, Mark Zuckerberg and Steven Spielberg all recognised the need to surround themselves with people, that not only challenge, but offer alternative ways of doing things.

Today we are seeing an increasing number of companies recognising the need to remove departmental barriers and siloed working habits. Many are already reaping the benefits of implementing cross-functional working with higher profits and more efficient ways of working. Achieving team, let alone cross-divisional harmony, can be a painful and rocky road for some though. Many initiatives are doomed from the outset as the need to manage egos, recognise personas, develop humility, resolve conflict and communicate outcomes effectively are all too low down on the priority list – if recognised at all.

On the flip side, the benefits of uniting teams behind a common goal, vision and strategy are well documented, and more often than not, improve performance and profits, promote knowledge sharing, generate empathy and understanding between colleagues, develop efficient ways of working and a create a sustainable culture that everyone can buy in to.

The 2017 Lions tour of New Zealand is a great example of the difficulties involved in bring together the best players from multiple teams and nationalities in to one that are expected to perform at the highest level. As in business, there’s often a logistical hurdle. The gathering of strong characters and leaders, all of which will have slightly different experiences and ideas. So how do successful teams ensure they get the best from the team and everyone has a say. Talent is an obvious stating point but is it enough to guarantee success?

Successful teams create a brand or an identity that people feel connected with and proud to be a part of. This in turn creates the basic building blocks of life – loyalty and trust. The Lions brand has grown in to one of the most admired, recognisable and profitable in sport. Their success starts by team managers devolving responsibility to the tour captain – a trusted and respected member of the team. The tour captain and management also appoint additional leaders who are fully aware of the overall strategy, objectives and goals and lead by example, on and off the pitch. This can only be achieved through an instinctive, human understanding.

Equally important to the human element, is data. Technology has developed exponentially over the past 15 years. Wearable tech has revolutionised the way sport is played and helps coaches make more intelligent and informed decisions. It is therefore no surprise that the 2017 Lions were the most technically advanced touring party ever. To conquer the mighty All Blacks they needed to be fitter, more aware and able to perform under intense pressure. Summarily businesses, large and small, have greater insight than ever before and are able to make critical decisions based on their data. There is no better demonstration of this than that shown by Google. They were one of the first to recognise that one-day data would be king, and why the highest paid employees are not Chief Executives, but the guys that write the algorithms that predict what we’re going to be thinking next…

So, the game plan is hatched, the players primed and the opposition are running for the hills. The result is a resounding success. For the following game, you prepare in the same way, you play a team of similar ability, the conditions are favourable yet the result is very different and your team receives a thumping. Some coaches will blame the players, the pitch, the referee – some even blame the ball-boys – shame on you Mr Mourinho. The top, most respected coaches however will always deflect blame from their team, and instead reflect on where they themselves need to be better. To do this they will revisit the game strategy, team combinations, analyse the data and re-evaluate the opposition. Any changes are then communicated in a manner appropriate to the individual, and any reasons for change clearly explained.

Finally, success will be short lived if the support team is not engaged and unaware of the key messages and objectives. Coaches know that if the team is to preform to the best of their ability then the back-room staff need to be the best at what they do. Physios and fitness coaches are some of the more high-profile support members but it’s the unsung heroes who work tirelessly behind the scenes that enable the team on the field to function at the optimum level – take a bow the catering staff, the logistics team, the guy that marks out the pitch and makes sure the kit is clean and ready for the next game.

I’m sure the above scenarios resonate with many of us and can be directly mapped to our everyday business roles and encounters. Yet it seems rather than working as one towards agreed goals, we’ve developed a culture obsessed with individual performance, blame and a fear of failure that consequently stifles innovation and flare. Too much reliance can often be placed on a small, inner circle to make decisions for the majority, rather than opening up the thought process to a wider audience and co-creating better informed outcomes that have the buy in of all. I’m sure there are lessons we can all learn by adopting sporting approaches, however the real challenge is often whether we have the appetite, fortitude and a clear vision to make a change.

Thought of the week

If the true goal of what you do is to help other people, there is no limit to the amount of success you can achieve.

Latest from the Blog

We're a passionate and experienced team with a real-world approach to all we do. No jargon, no egos - just creative, strategic, effective change and communication solutions.

Because, people with Passion make the difference.